Preparing For Day 2 Of The Festival At Cheltenham Racecourse 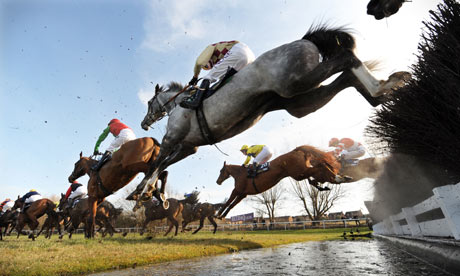 In this the third part of my Racing Profits Guide To The Cheltenham Festival we look at the major races on Day 2 of the festival at Cheltenham racecourse.
It is the busiest day of the four for Grade 1 races – the Neptune Investment Novice Hurdle, the RSA Chase, the big race of the day the Queen Mother Champion Chase and to finish the day we have the Champion Bumper.

The main aim of the video is to help you narrow down the fields in each of the races of Day 2. Remember that, as in Day 1, the races are run over the old course at Cheltenham racecourse. If there has been no rain overnight the ground can be drying out by now and getting a little quicker, so your starting point must be to get an accurate picture of the going.

The Neptune is the 2nd race on the card on Day 2 and has been won by an Irish trained horse in 4 out of the last 6 years. Willie Mullins focuses on this race and the day as a whole, so his horses should be your starting point. The key stats to look for are:

As you would expect in a stayers chase of this nature the RSA is dominated by older horses, big chase races such as this require experience to win.

The showpiece of Day 2 with £180k prize money. Run over 2m on the old course, the same as the Arkle from Day 1. Here are the trends to look for to help you narrow down the filed in the Queen Mother Champion Chase:

The final race on Wednesday’s card and a great race to analyse, as it can give real clues to the following year’s Cheltenham festival and National Hunt season horses to watch. Here are the trends to consider for the Champion Bumper:

Day 2 is a busy day at Cheltenham racecourse with the four Grade 1 races on offer, so take your time and work your way slowly through each race, narrowing down the field and making yourself a shortlist of the most likely winners.

Don’t forget – If you want my own personal Cheltenham racecourse selections for each day of the festival, feel free to join my Email Selection Service here>> Racing Profits Email Selection Service – each day I will be sharing my top 2 / 3 bets of the day for the festival. Last year we had some great winners and finished +26 pts up over the 4 days.

Well a nice start to the day yesterday with DEFI DU SEUIL adding another +6pts to the week by...

Preparing For Day 1 Of The Cheltenham Festival

In this the second part of my Guide To The Cheltenham Festival we take a look at the main races on...