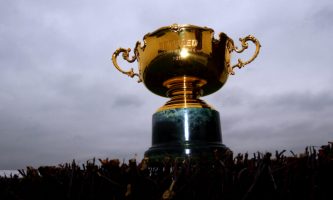 Well after some close 2nd’s on Day 1 and a blow out yesterday, we got off the mark with SAMCRO winning a tight finish with Faugheen and Melon. I hope you got the 5/1 as he was strong all day in the markets. I was also pleased we opposed Paisley Park in the Stayer’s Hurdle and although Summerville Boy was back in 5th, there was no way I could have fancied Lisnagar Oscar, Ronald Pump or Bacardys.

On to today and the big race that the week has been building up to, the Cheltenham Gold Cup, but we also have the Triumph Hurdle and Albert Bartlett too, so plenty to go at today.

There is only one horse for me in this year’s Triumph and that is SOLO from Paul Nicholls stable. He joined the stable at the end of January and had his first outing at Kempton in the Adonis Hurdle last month where he dominated the field to win by 13 lengths. He went into my notebook for this race and I expect him to improve even further today.

Another that I feel is open to more improvement today and has already proven he can compete with the very best is Philip Hobbs’ THYME HILL who was third in last year’s Champion Bumper but has since won all three of his hurdles races, including the Grade 1 Challow Hurdle at Newbury in December. He has been lightly raced and clearly aimed squarley at this race today. Grab the 5/1 while you can, as I recommended with Samcro yesterday.

I am sticking with LOSTINTRANSLATION for this year’s Gold Cup. After his 2nd last year to Defi Du Seuil in the JLT and then winning at Aintree in the Mildmay before reappearing to win at Carlisle and then again at Haydock in the Betfair Chase, his only blot on his copy book was his run at Kempton in the King George where he appeared to be struggling to breath and was pulled up three out. He has since had a wind operation and also has a tongue tie to help, so I fully expect him to bounce back and put in a strong run today. At the price he is a good each way option.

Well it is that time of year again, when we all head to Prestbury Park for the Cheltenham Festival...

Well a shame to lose Elixir De Nutz from the Supreme, just after I had posted, but that left us...

Well a nice start to the day yesterday with DEFI DU SEUIL adding another +6pts to the week by...